How to talk to Little Girls 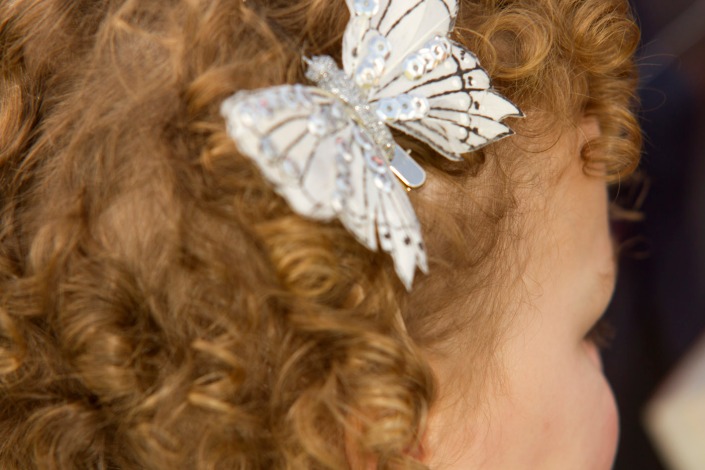 I read a really thought provoking article this morning which really challenged my thinking completely.  It was by author Lisa Bloom in the Huffington Post called How to Talk to Little Girls. Now I see myself as a liberal, forward thinking, bordering on feminist woman who feels strongly about girls celebrating their brains as well as beauty; having a healthy all-round self-image.  However, when I read the article I realised that I too have often been guilty of employing ‘flattering’ tactics of little girls in order to boost their self-esteem.  All little girls want to be a princess and love to be complimented on their pretty dress, hair or smile – something we never really grow out of!  But what Bloom challenges in the article is the idea that teaching girls that their appearance is the first thing you notice tells them that looks are more important than anything.  This really did make me stop in my tracks!

Bloom noted that this week ABC News reported that;

‘Nearly half of all three- to six-year-old girls worry about being fat. Also in her book, Think: Straight Talk for Women to Stay Smart in a Dumbed-Down World, she reveals that 15 to 18 percent of girls under 12 now wear mascara, eyeliner and lipstick regularly; eating disorders are up and self-esteem is down; and 25 percent of young American women would rather win America’s Next Top Model than the Nobel Peace Prize. Even bright, successful college women say they’d rather be hot than smart.’

Yes we want our little girls to know they are beautiful physically regardless of the current ‘trend’ for beauty and whether they fit into it or not but, wouldn’t it be even better if they were brought up to believe that this actually doesn’t even matter at all?!  As to whether this is possible in today’s society is another thing altogether but Bloom does believe we can play our small and significant part to, as she says, ‘Change the world, one little girl at a time.’

Bloom suggests we consciously engage in a different dialogue when we talk to little girls such as asking them; What is she reading? What does she like and dislike, and why? For older girls she advises, asking about current events issues: pollution, wars, school budgets slashed. What bothers her out there in the world? How would she fix it if she had a magic wand? Tell her about your ideas and accomplishments and your favorite books. Basically to model for her what a thinking woman says and does.

I found this really inspiring as well as challenging.  I don’t have a daughter but if I did I’d love it if my friend’s I admire and look up to conversed with her in this way.  As a mum of a son it obviously got me thinking about how we talk to boys and what negative stereotypes we subliminally enforce – but that’s another blog post for another day!!